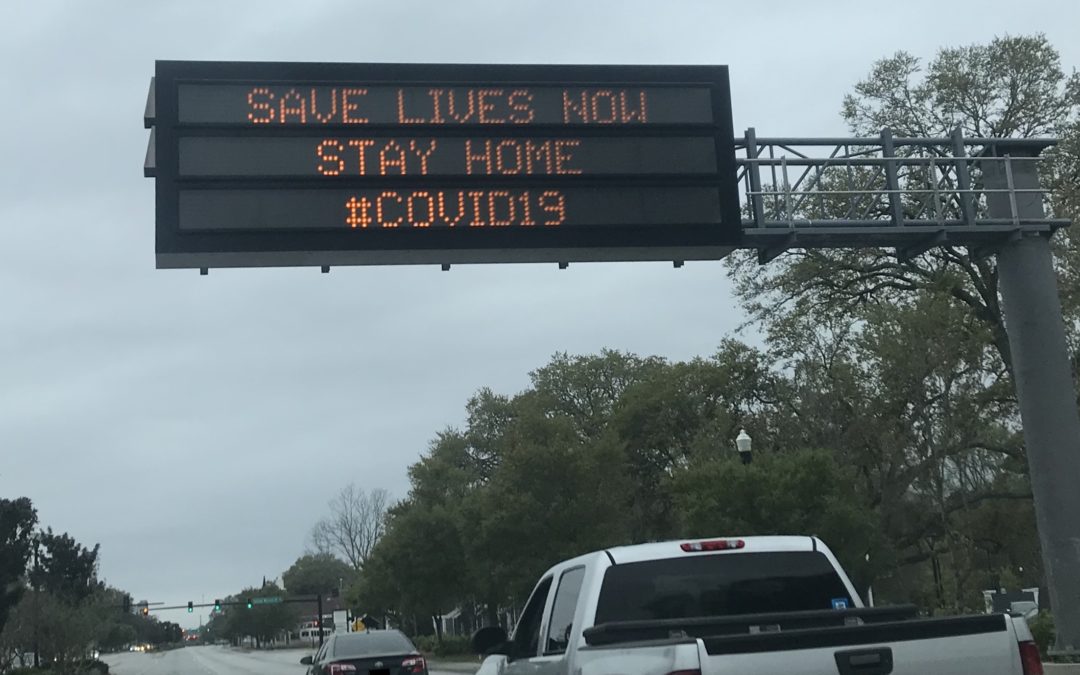 The Coronavirus and the economic shutdown have created numerous issues that demand our thoughtful consideration, debate, and action. When and how should South Carolina businesses re-open and people return to work? What should we do about testing, schools, the rapidly shrinking SC unemployment fund, grocery and food supply-line issues, and the remaining budget surplus? We face a long list of challenges, yet one goes largely unmentioned in public.

South Carolina law allows the Governor to declare a state of emergency in case of a disaster or public health emergency. It also clearly states that, “A declared state of emergency shall not continue for a period of more than fifteen days without the consent of the General Assembly.” (25-1-440 (a)(2))
This important check on executive power is designed to ensure that no Governor can ever continuously use, and potentially abuse, extraordinary powers granted to address extraordinary circumstances without the consent of the people through their elected representatives.

Is the Governor circumventing the plain meaning of the law? He has issued sequential state of emergency orders every fifteen days, the first on March 13th, then March 28th, April 12th, and April 27th. Although each of these declarations addresses the same crisis – Coronavirus – the Governor claims that a new, separate and distinct emergency exists each time due to evolving circumstances. In response to a request from Rep. Josiah Magnuson for an opinion on this issue, the Attorney General’s office released an opinion that supports the Governor’s actions with two main points. First, the opinion argues that, “Nothing in the statute, however, prohibits the Governor, at the end of a fifteen day period, from the declaration of a ‘new’ emergency.” By this reasoning, additional state of emergency declarations could be claimed indefinitely every fifteen days, without the people’s consent, into the foreseeable future.

Second, as to the consent of the General Assembly, the opinion argues that “the absence of a legislative response” implies the consent of the General Assembly to additional “new” state of emergency declarations. This interpretation effectively rewrites the statute, arguing that the General assembly must take an explicit negative action, (refusal to consent), and that, otherwise, the positive action called for in the statue, (consent), exists implicitly. This is a rather ironic position since the opinion is careful to note, “Words must be given their plain and ordinary meaning without resort to subtle or forced construction.”

Meanwhile, the General Assembly has met only twice since March 16th but plans to reconvene on May 12th. Thus far, the legislature’s failure to vote on whether to extend the state of emergency has allowed the Governor’s state of emergency power to run unchecked. This must end. Undoubtedly, it would be politically safer for the General Assembly to let the governor bear all responsibility for the ongoing state of emergency, particularly with the approaching primary election. However, by remaining quiet on the issue, the legislature is shirking its duty.

Some might ask- “What difference does it make if the Governor issues a new state of emergency declaration concerning COVID-19 every fifteen days as opposed to obtaining the consent of the General Assembly?

First, the Governor’s failure to obtain the General Assembly’s consent destroys the principle of checks and balances between different branches of government. If a state of emergency really needs to continue beyond fifteen days, let the legislature debate and vote upon it. Separation of powers is fundamental to American greatness, but if it exists only in principle and not in practice it cannot safeguard liberty.

Second, the people have a right to shape government’s decisions through their representatives. Issues raised by COVID-19 and the shutdown are not being debated in the legislative forum, and the voice of the people, your voice, has been lost in the decision-making process. Politicians should not be able to wash their hands of any responsibility and say, “I have nothing to do with it.” Legislators should be held accountable for extending or not extending the state of emergency.

Third, this situation sets a terrible precedent. In the future, what will stop a Governor from issuing rolling state of emergency declarations in response to a less dire emergency? Or even, what if this Governor declares new states of emergency for the next sixty days or six months? At what point do the people get to say, “enough is enough” by virtue of a legislative vote of consent?

Finally, the legislature’s failure to grant consent and the Governor’s failure to ask for consent undermines the rule of law. By willfully refusing to honor the legislature’s legal obligation, our elected officials imply our laws are mere matters of convenience not to be taken seriously. Some could even question, why follow Executive Orders when the basis of those orders is unlawful?

The legislature’s input on this issue – and the input of the people they represent – is far past due. Your consent, via your representatives, is critical for South Carolina’s political health. Please join us in calling for the legislature to take up this issue when they reconvene and either consent to this continued state of emergency or bring an end to it.